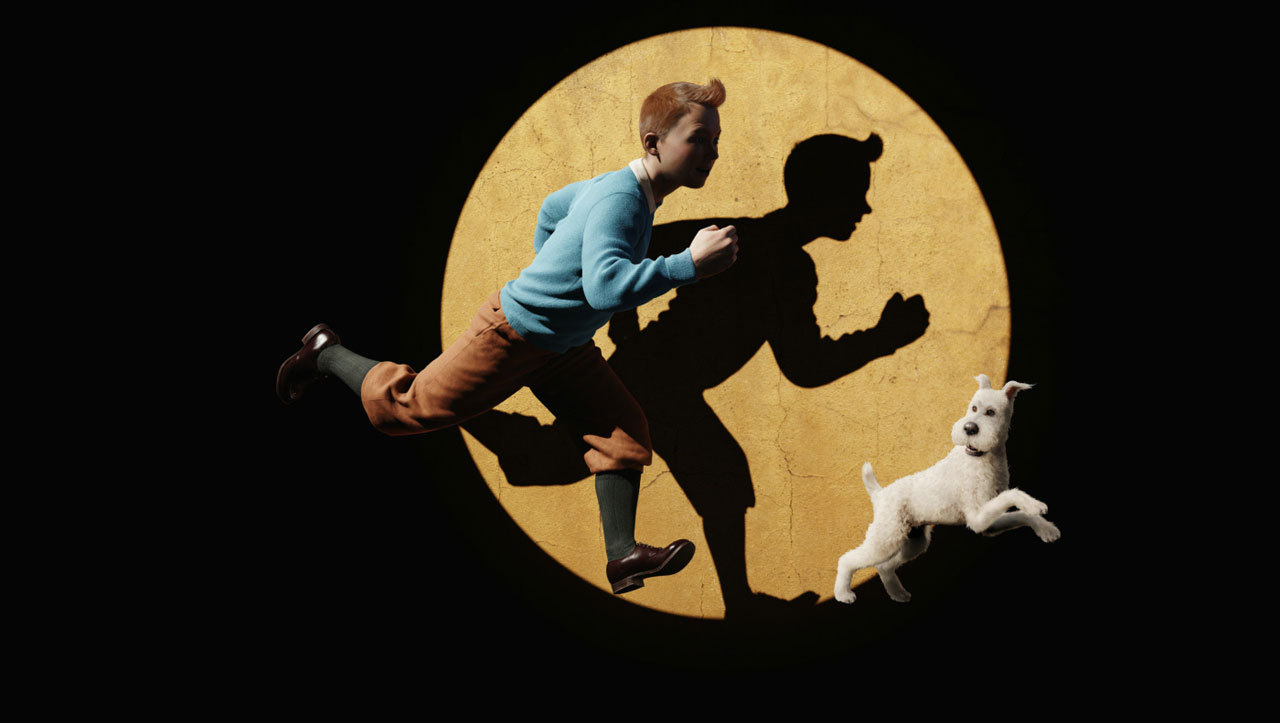 Spielberg went soul-searching and pondered on the meaning of action-adventure cinema as far back as 1989. Then Indiana Jones and the Last Crusade posed the question: why is the hero so driven to his endless escapades, what makes him tick and why should the audience have faith? The answer was that in screaming popular culture, it’s all a blur until you find something personally important to you: context, an angle you care about. In that case, it was Indiana’s father who defined the personality and very existence of our hero. No wonder the actor is also a symbol of the origin of the series, the Bond films. This motivation for packing action was redefined again in 2002 with Minority Report, when the image of the lost child unlocked the emotional resonance of the story after the breakneck Sci-Fi action intro. 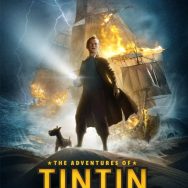 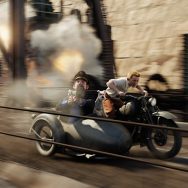 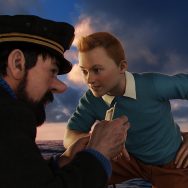 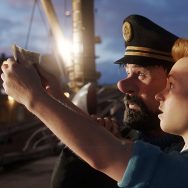 The difference now is that the stakes are as high as possible, because the 3D CGI …Tintin is about the future of cinema, for which this legendary genius director has nothing but boundless love. And a trick or two of his own, which he presents to the future artist/entertainers as a gift. Working with new filmmakers in a new environment, he is more than happy to take a backseat and let their imagination run wild. We are witnessing a dramatic but happy resolution of Spielberg’s decades-long insistence of shooting on film and editing mechanically. …Tintin is an act of release, of letting go of limitations, of betting on the essence of the experience and leaving it all to the new guys. With a propulsive kick to the butt instead of a good-bye kiss, as evidenced by the surprisingly high levels of darkness and violence.

Extraordinary and inspired sequences with wonderful camera movement and blocking are the norm here, as well as subtle and stunning symbols winking at the inheritance line running from Hergé to Spielberg and beyond. The many dreamy shots of small details reflecting the big action are a strong reminder that in cinema, every detail matters and is a part of the magic. It is the director’s duty to make everything interesting and exciting, like Hitchcock said in another era.

As seen by the many reflections in the film, celluloid of past cinema and glass of modern screens are nothing but an indifferent medium, a reflection of the great entertainment someone’s imagination can relay on to the audience. In the pivotal scene in the film about the power of art, the melody shatters the hard glass (a symbol of the solid, material world), but the music plays on – regardless if it’s not enjoyed by everyone. The speeding motorbike breaks in two, but by a miracle of pretend-kinetics and playful sense of space, the action continues in the air and into even more twists and turns. Such split-second transitions can instate the sense of wonder without slowing down the action.

Spielberg is like a giddy kid who wants to pack as much adventure in a second as possible. Quoting from his own Indy films (undoubtedly the greatest in action-adventure), he wants to teach his children – the artists of 3D digital cinema beyond celluloid – as much as possible and can’t wait to see them walk on their feet and build upon his invaluable legacy. Like the captain in the film, the future generations must realise they are at least as good as their ancestors, come out of the shadow of imitation and intimidation and realise their full potential. To create thrilling beauty without losing a single second of their precious time.

* The review title is a reference to the near-future book All Tomorrow’s Parties by William Gibson, “… who predicted the Internet with Neuromancer, takes us into the millennium with a brilliant new novel about the moments in history when futures are born. ”