One bleak January, after the sun went missing for a month, I extended my business trip to Southern Europe. 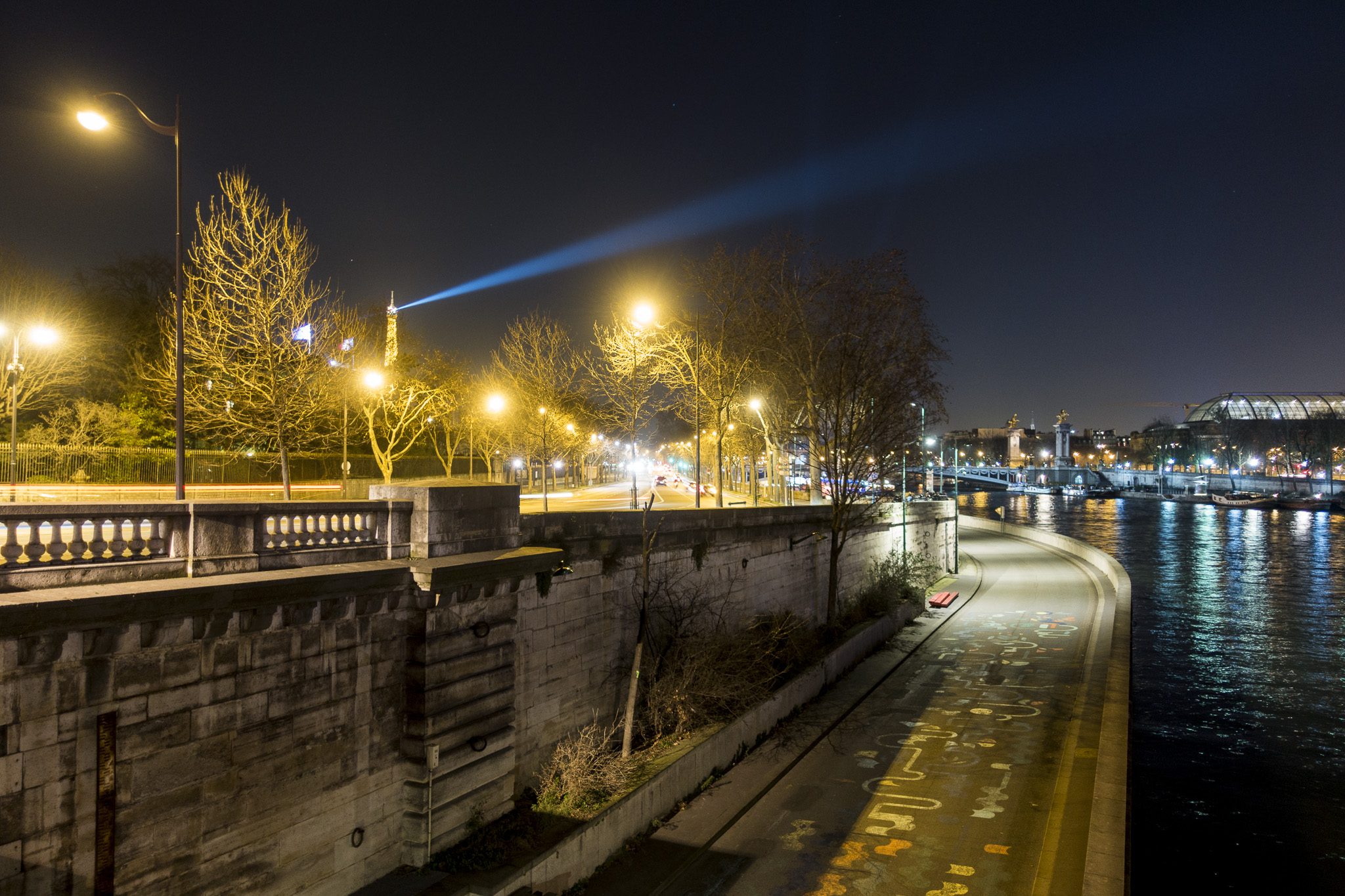 Along the Seine on a winter night

It started with a late afternoon flight from Vienna to Paris. Orlybus dropped me at the nearest Métro station and I changed to the hotel. Then I made the most unglamorous Paris tour ever, by going to nippy downtown, to Concorde and around the Louvre, then back home on the eastbound Bus 69. Dinner consisted of a restaurant burger with a side of… baguette. 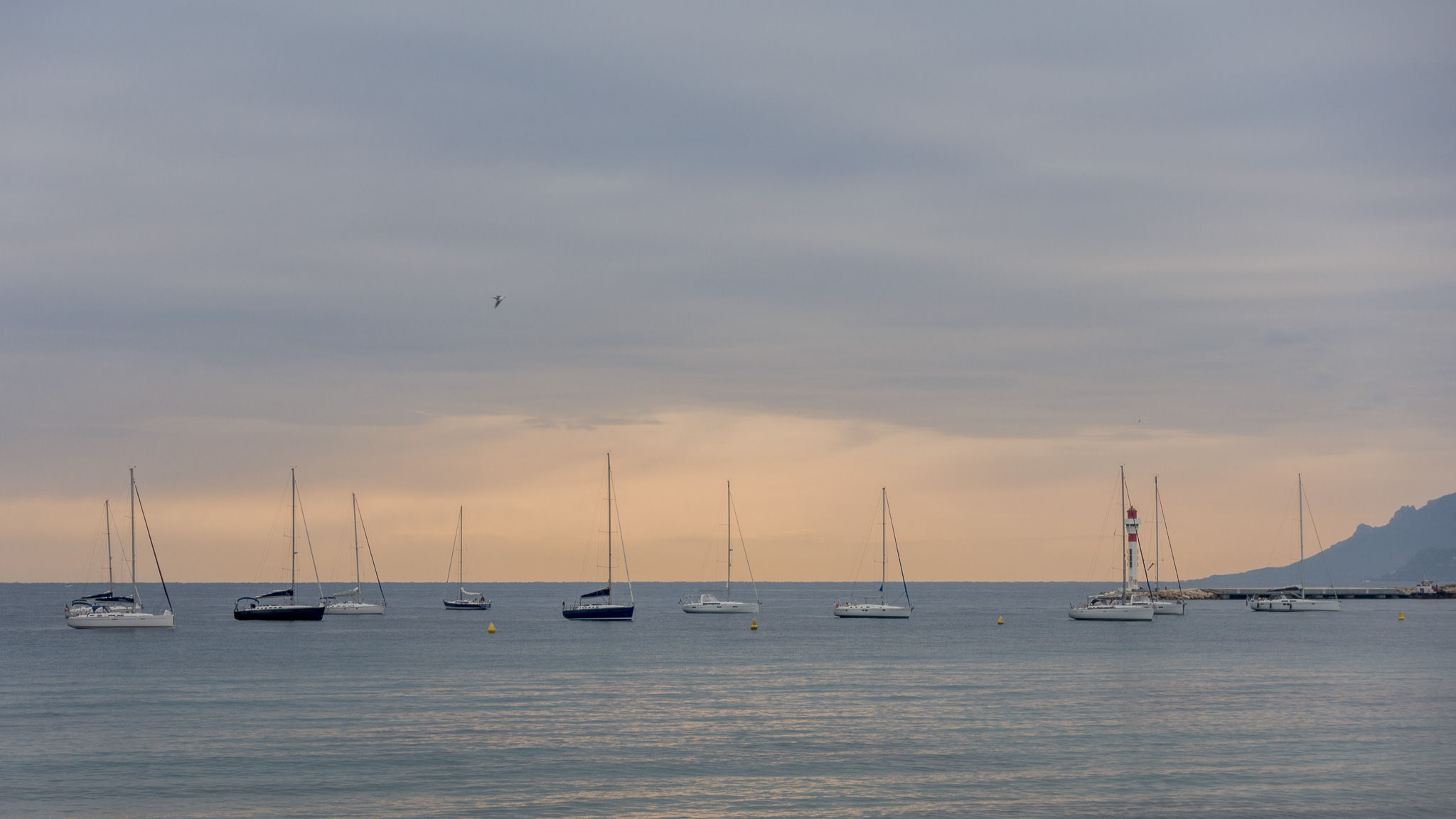 Cannes minus the festival

Probably because of the off-season situation, the creaky low cost hotel had checked me into a full suite with 2 bedrooms. One of them was cold and the other warm, so I changed rooms in the middle of the night. At around 7 AM I set out to Gare de Lyon on foot through the spooky sleepy streets and underpasses of the 12e Arrondissement‎. After catching a glimpse of the legendary restaurant Le Train Bleu, I jumped on the French bullet train TGV (now OUIGO), heading down to Nice. A real bargain at €24. The train passed by Cannes and I couldn’t miss the opportunity for a walk along the Croisette. Nice wasn’t far, I had a lot of time and caught the slowest Riviera bus ride, which took 90 minutes. 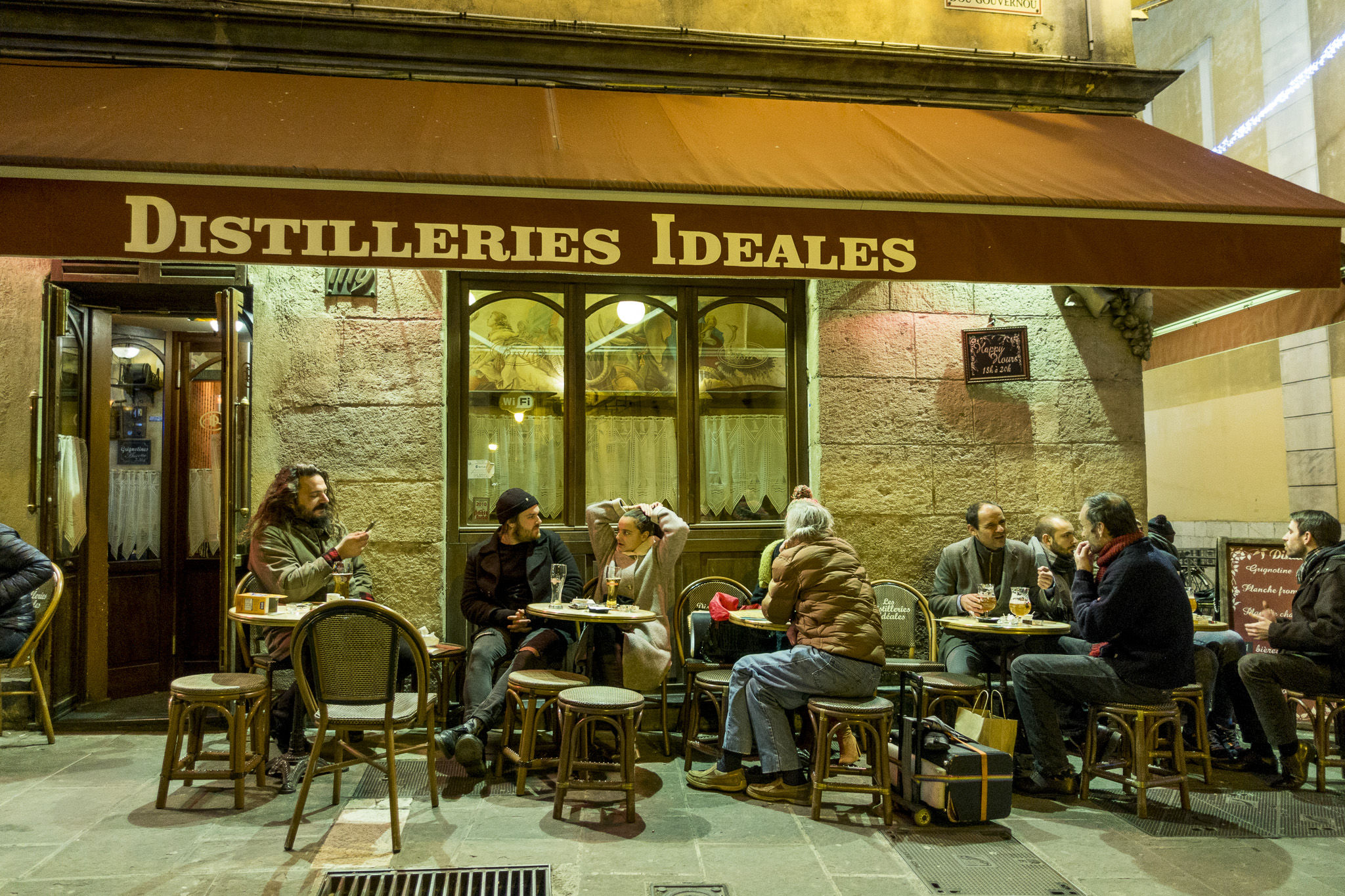 The café patrons of Nice

After walking along the infamous Promenade des Anglais and enjoying the nighttime old town, I boarded the boat to Bastia, Corsica. It cost me €36 and 1h of delay in a freezing waiting room, because of wild Corsicans blocking the automatic door. I had no cabin, wasn’t sure where to stay on the ship and imagined there would be bus-style seats where I would try to get some kind of sleep. Instead, I followed the crowd straight to the open, but non-functioning restaurant, where everybody including yours truly crashed on a couch and made themselves comfortable for the night. 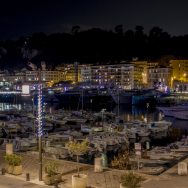 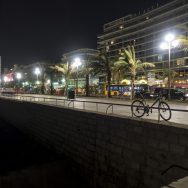 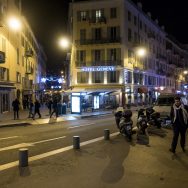 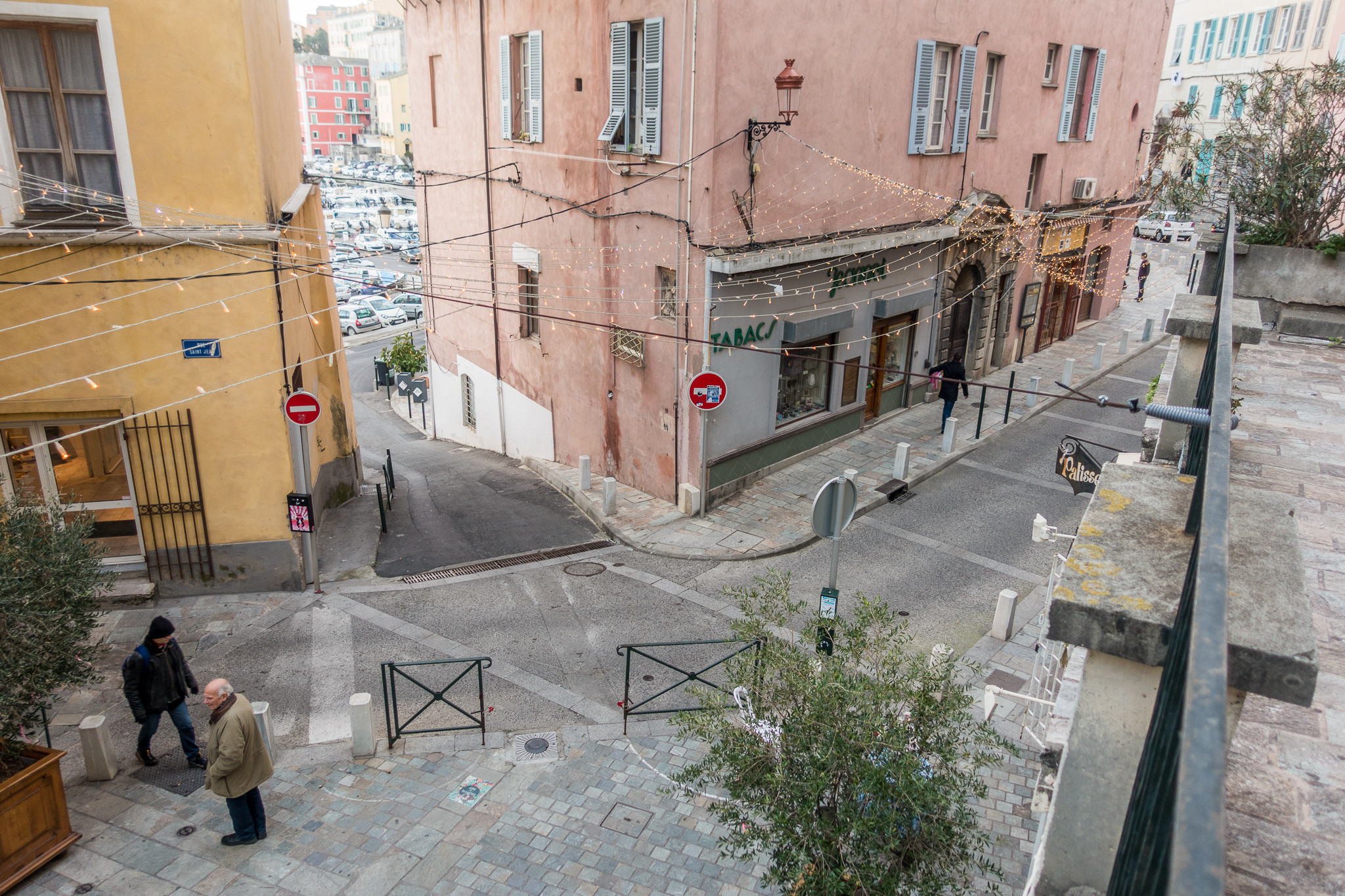 Apparently it was too comfortable, because I almost missed the disembarkation. Woke up at about 6 AM in a deserted restaurant in a still ship. Picked up my belongings in a daze and dashed towards the exit, which wasn’t so easy to find in the labyrinthian innards of the leviathan. Eventually I was lucky to get off on time, before the boat continued sailing to Porto Vecchio in faraway Southern Corsica. 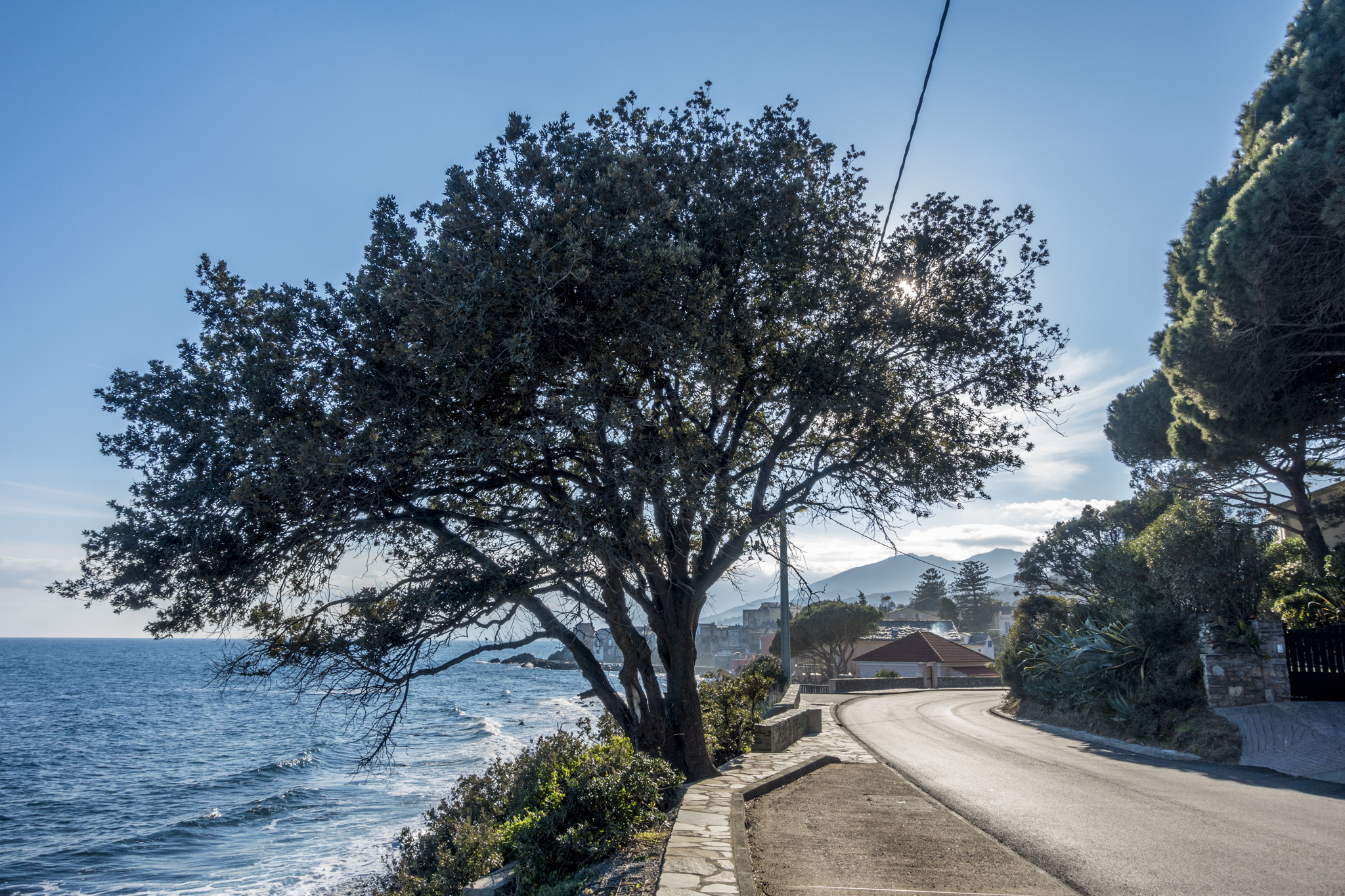 A coastal day trip from Bastia to Erbalunga, Northern Corsica

The local hotel was so great, it allowed me to check in very early, so I could enjoy 2 hours of sleep and still have a full day of exploring. For breakfast, I had a peculiar pastry with cheese and a big old leaf on top. The midwinter weather was sunny with temperatures around 11ºC (unlike -15 at home) and I got into a minibus which drove me along the coast. The plan was to wander aimlessly with no idea how to get back, but the nice driver explained how to catch the minibus from the next town, Erbalunga. These coastal towns are an idyllic dream with beautiful narrow streets, gorgeous rustic villas and cute little marinas. 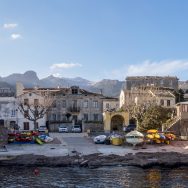 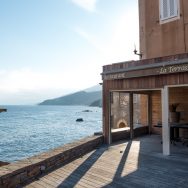 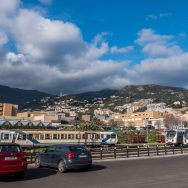 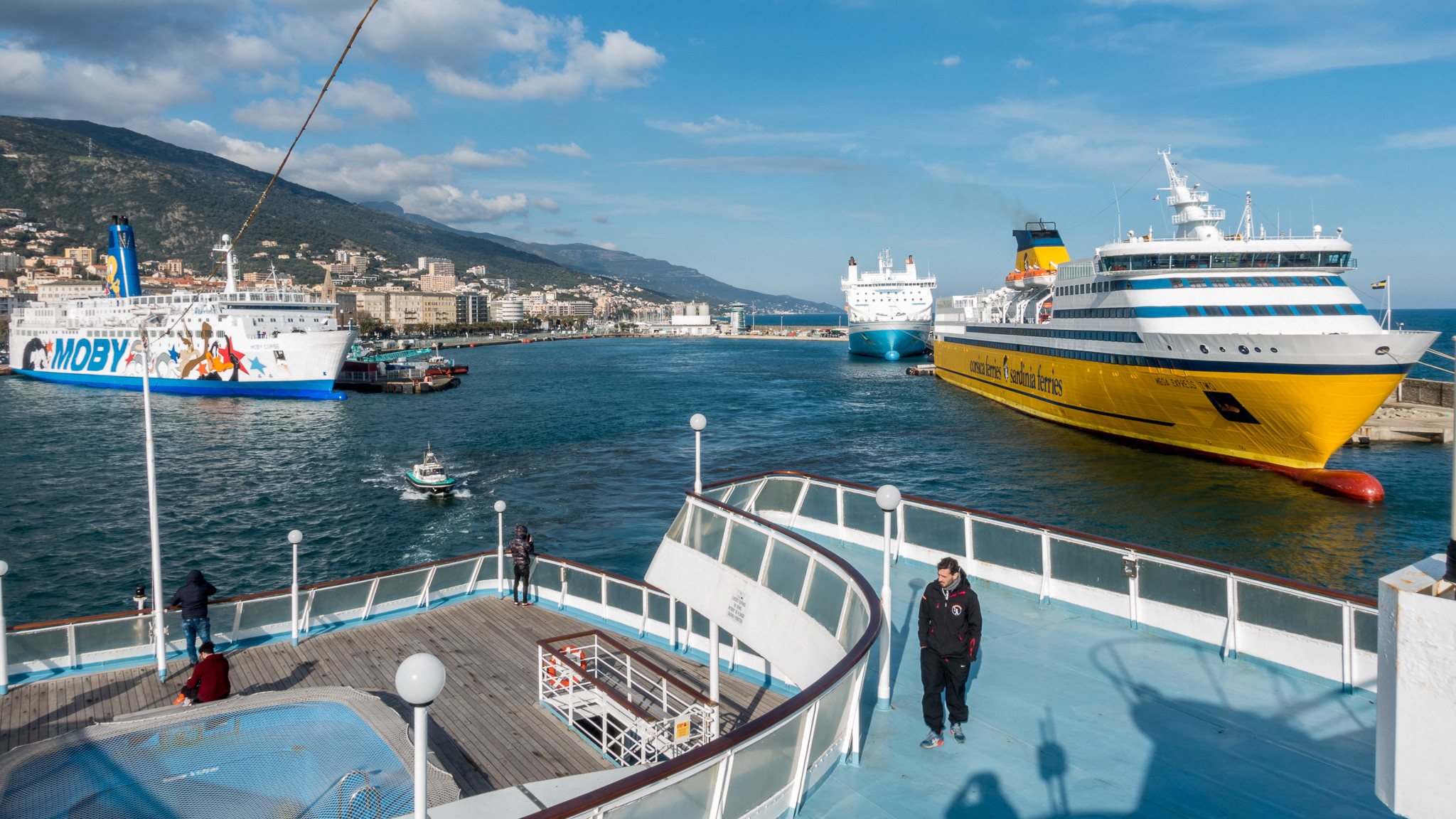 Marine congestion at the port of Bastia

The journey back home started with an afternoon sailing to Livorno. A Mediterranean ferry is a great place to have lunch, chill, look at the endless blue puddle and work for a few hours. By the time we landed in Italy, it was already dark and I had to walk along the shady port parking lot and over a bridge to take bus 1 to Livorno Centrale. It turned out there is no direct train to my destination Lucca, only via Pisa, where I had enough time for a slice of pizza.

Lucca was recommended to me as a lesser known place with special character and it did not disappoint. Walking in the dead silent dark streets, which could be 1000 or 2000 years old, felt like being accompanied by time itself and opened a new old perspective to the world. Until suddenly being overrun by very loud youngsters who whizz by and disappear just as quickly into the night. The sensation of eternity, followed by a wake up call from the future, is quite an eerie combination. 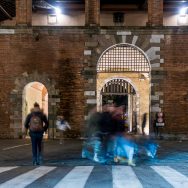 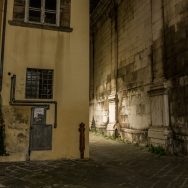 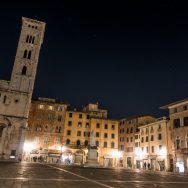 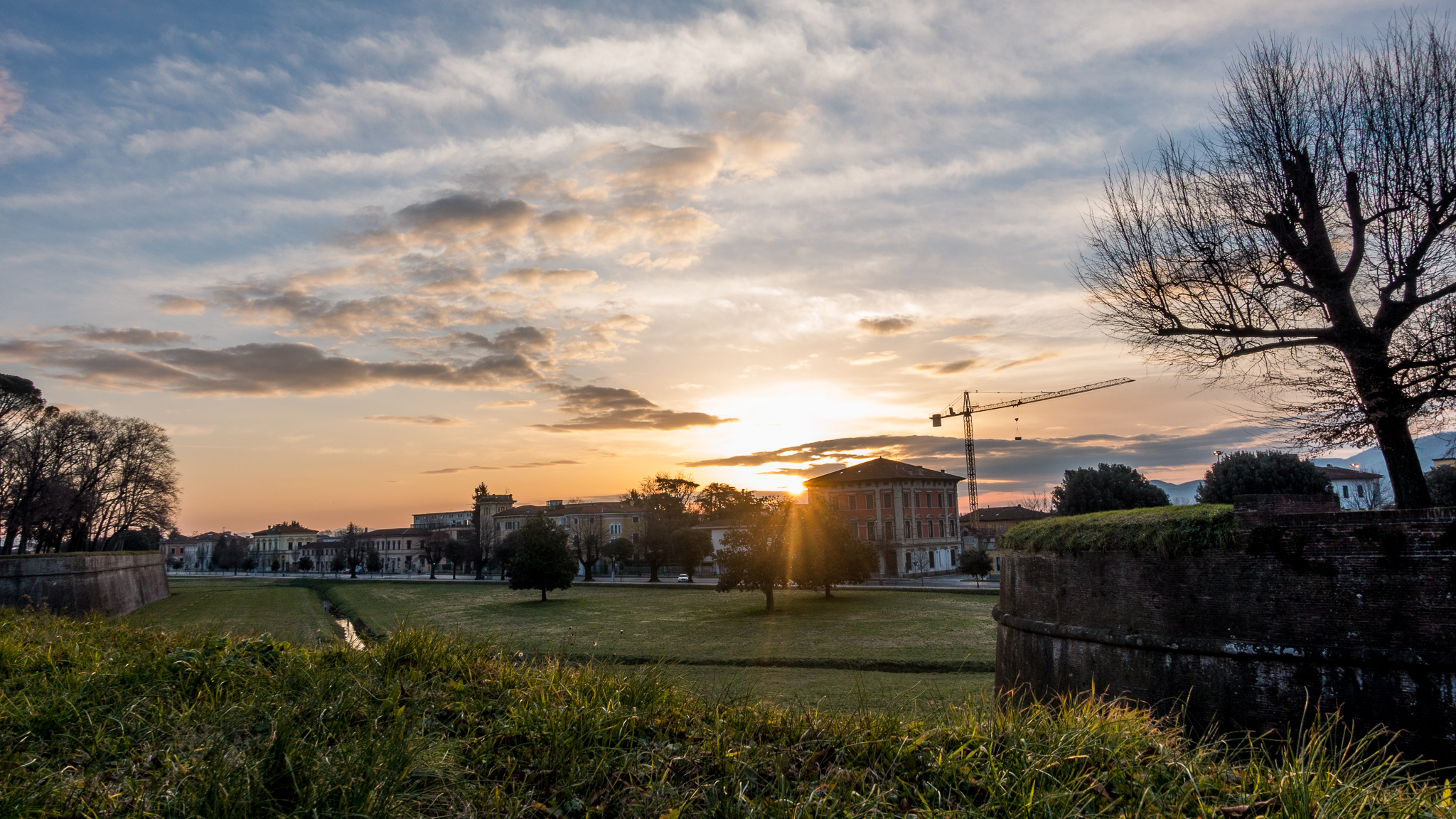 Sunrise between the historic town wall and Lucca train station

In the morning, I set off to Rome via Florence and heartily enjoyed the enthusiastic station announcement “Firenze! Santa! Maria! Novella!”. Here I changed to an express train to Rome’s Fiumicino Airport and all I saw of the capital of the world was suburban railroad and the signature stone pines. The final stretch was delayed and I had to make an impossible 12-minute transfer from airport exterior to boarding gate. As I skipped the immigration queue (with permission), the woman behind me protested “I’m also for Sofia!”. But the final twist is there was another flight one hour after mine. 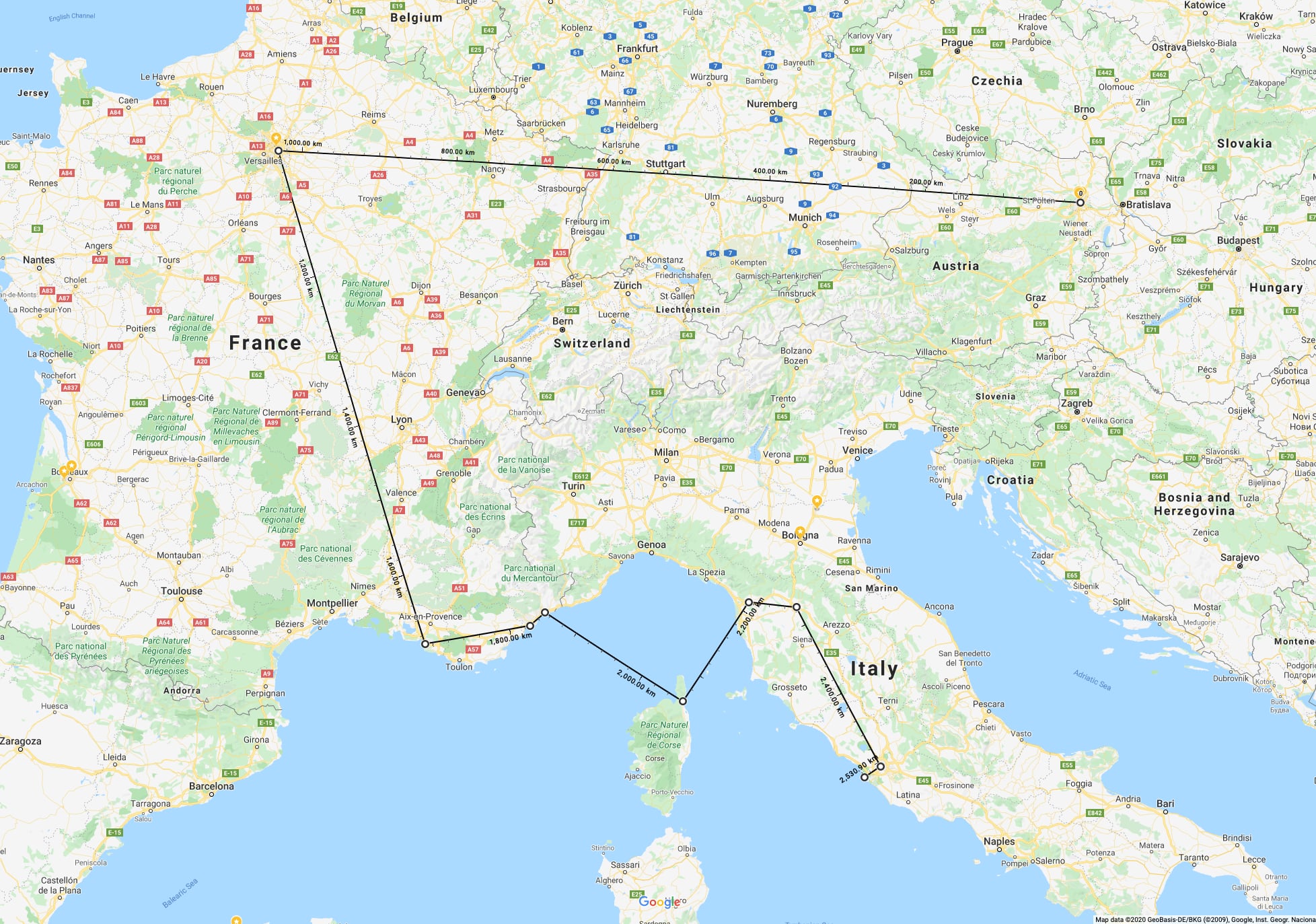