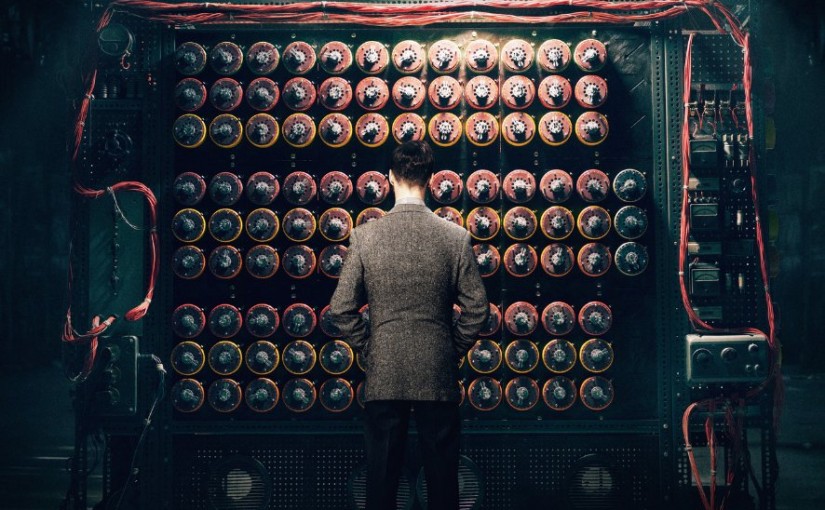 The Imitation Game: Humanity as a Web of Narrative Threads

Every person, family or culture follows its own narrative thread in order to succeed in life. The young woman must marry, the soldier must follow orders. Before the beginning of the flirt, everybody knows the storyline before it happens and participates without hesitation.

But the surprising turns in storytelling make things interesting and lead to revolutionary discoveries. Events that shouldn’t normally happen – like Alan’s surprising home visit, other examples of his unconventional behaviour, the woman’s unpredictability, the unexpected collegial support – propel the plot into new exciting trajectories.

This is supposed to be a standard biopic with flashbacks, historical facts, film stars, moving coda etc. Or is it? That mold is shattered when the film presents its climactic moment in one of the greatest shots ever made: when Christopher doesn’t appear. In a stream of determined young people following their future against the path of Alan, all threads slip away to reveal heartbreaking emptiness where meaning was supposed to be. The Little Prince and Christopher Robin’s disembodied intelligence.

Wartime information manipulation shows how global and important is “the official story” to keep society running, individuals be damned. Ultimately the sheer momentum of society’s conformity physically destroys the character. Yet his transcendent ideas are out of the standard narrative and live among us, influencing most aspects of modern life today. How meta.